RNA as a future cure for hereditary diseases 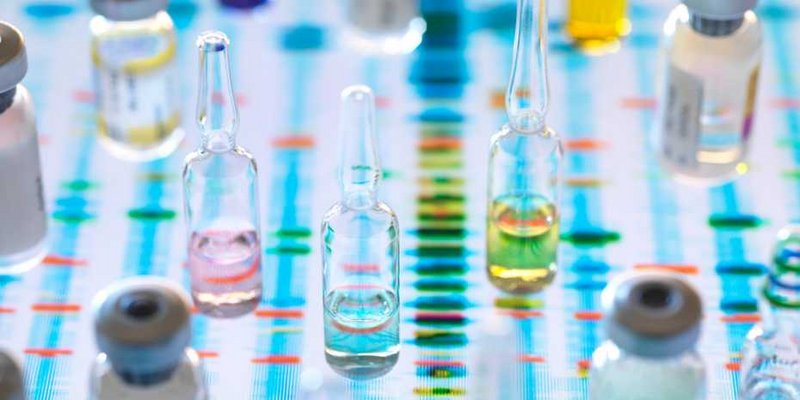 Only a handful of genetic diseases can be treated with drugs (symbolic image). One of several therapeutic approaches is based on RNA molecules. (Photograph: Science Photo Library)

Short RNA molecules can be used as medication. Their effectiveness is based on the genetic information they carry: therapeutic RNA can bind to the body’s own RNA and thus influence how it functions. However, only a handful of such drugs are available so far.

“That’s mainly because it’s tricky to get the RNA molecules to precisely the organ in the body where they need to take effect. Currently, that’s the biggest hurdle in the development of RNA drugs,” says Jonathan Hall, Professor of Pharmaceutical Chemistry at ETH Zurich. Together with Daniel Schümperli, Emeritus Professor from the University of Berne, and colleagues from ETH, University Hospital Zurich and Triemli Hospital Zurich, he has now succeeded in developing an RNA molecule that can compensate for the effect of gene mutations in bone marrow cells.

This therapeutic approach could one day be applied to a rare hereditary disease called erythropoietic protoporphyria (EPP), which affects people whose mother and father both have a genetic predisposition to the disease. Those who suffer from EPP experience a painful sensitivity to sunlight.

Gene mutations cause the body of these patients to produce less of a certain enzyme, ferrochelatase. Ferrochelatase is central to the production of haemoglobin, the protein that transports oxygen in the blood and makes it appear red. This ferrochelatase deficiency causes a metabolic molecule, protoporphyrin, to accumulate in the red blood cells. Protoporphyrin reacts to rays of visible light, forming molecules that attack tissue and can cause painful inflammation when the patient is exposed to sunlight or a strong artificial light.

Hall and his colleagues developed several short RNA molecules, which bind to the RNA copy of the ferrochelatase gene in the body’s cells. In cell culture experiments, they identified certain molecules that were able to restore a sufficient production of the enzyme and thus compensate for the negative effects of the known EPP gene mutations.

However, developing the RNA molecule was only the first part of the task. “This molecule must also be able to reach the right organ in the body and from there penetrate the interior of the cells,” Hall says. In the case of EPP, these are the blood stem cells in the bone marrow. To this end, the researchers fused one of the RNA molecules with various chemically active compounds, which they tested in a mouse model of EPP. They identified one fusion molecule – the RNA molecule fused with cholesterol – that was able to compensate for the gene mutation in this animal model.

Hall stresses that it is too early to label the molecule he has identified as an RNA drug. In demonstrating that such molecules can be used to increase the amount of functional ferrochelatase in mice, the researchers are at only an early stage of their work. “This is the first step and it shows that our approach holds promise,” Hall says. Next, the researchers need to optimise the fusion molecule or identify other fusion molecules that are even more effective, he explains, adding that they also require additional, more refined mouse models for the EPP disease. Further research is essential to find an optimum drug candidate whose effect can then be investigated in humans.