"The coronavirus could be defeated with a drug"

A large study led by researchers at ETH Zurich – that also involved groups at the Universities of Bern, Lausanne and Cork (Ireland) – has revealed that a specific chemical molecule is able to "confuse" SARS-CoV-2 in a way that renders the virus harmless. But we still have a long way to go before these findings will benefit patients… 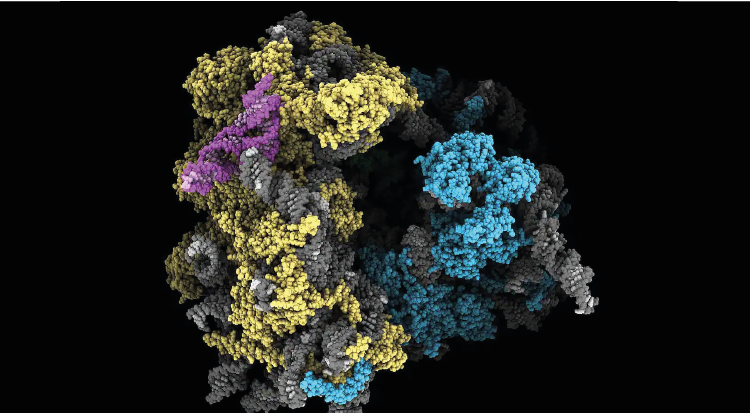 A 3D image of the human ribosome on the SARS-CoV-2 genome, revealing the Achilles’ heel of the virus. Julie de Tribolet

Since the beginning of the pandemic, it has been one of the great challenges: How can one make scientific topics universally understandable so that they become accessible to everyone? With the help of comparisons and examples taken from everyday life. This is precisely what we have tried to do together with Professor Nenad Ban, a researcher at the Institute of Molecular Biology and Biophysics at the Swiss Federal Institute of Technology Zurich (ETHZ). In collaboration with his colleagues from the Universities of Bern, Lausanne (Unil) and Cork, this leading structural biology expert and his team of six scientists have succeeded in inhibiting the SARS-CoV-2 virus - that is, the pathogen that causes Covid-19.

Wait a second - can this work? Yes, it can – with an antibiotic, merafloxacin, that targets a weak spot in the virus: the shift in the reading frame on the viral genome. Got it? Well, you could compare the viral infection to a viral computer attack, because in order to replicate, the virus takes control of an infected cell like a hacker. "The mechanism we have uncovered is a key element in this. We then went a step further and tried to manipulate the process with chemical substances. After many experiments, it turned out that the antibiotic merafloxacin has the ability to stop, or at least greatly slow down, the multiplication of the virus in the infected cells. By about a factor of 1,000 to 10,000 - and without being toxic for the treated cells," explains Professor Ban, who is behind this important finding. 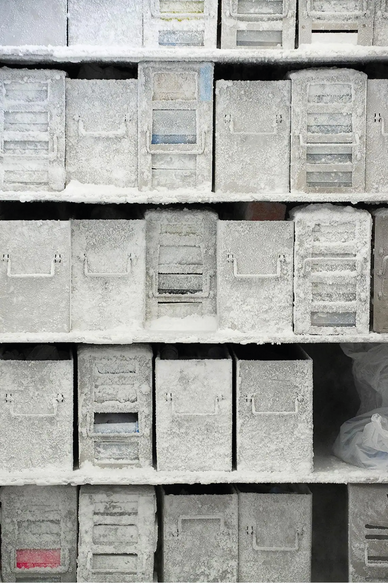 "Genetic information is always read in "3-letter words"," continues David Gatfield, professor at Unil. He and his colleagues have also been involved in this research project - albeit as latecomers, not from the very beginning, he adds. "Interestingly, at a specific position in its genome SARS-CoV-2 makes a very unusual jump, slips in the reading frame, and a two-letter word is read. This unusual mechanism is important for virus replication. The antibiotic prevents this shift and the virus is completely confused, if I may say so."

Let's imagine the sentence: "The Ban lab and ETH is fun for the one who has joy all day." It consists of only 3-letter words and one 2-letter word ("is") in the middle. Because of the chemical substance merafloxacin, the ribosome, which is the protein-producing factory of the cell, gets confused and simply reads everything stubbornly in the 3-letter grid: "The Ban lab and ETH isf unf ort heo new hoh asj oya lld ay.", the researcher explains. A reading that makes no sense and practically incapacitates the virus. And since all types of coronaviruses are based on this phenomenon, there is great hope to further develop a drug against coronaviruses and their variants from this discovery, says the Lausanne researcher.

Well – the path from the laboratory to an available drug in pharmacies is known to be long and arduous, the two scientists warn. "It is not at all unusual to have five, even ten years pass between the initial discovery of a mechanism or an active molecule and the possible commercialization of that finding. However, SARS-CoV-2 will not disappear so quickly either. There is a real risk that SARS-CoV-2 variants will become increasingly resistant to vaccines. Therefore, it is important to develop another weapon to fight the virus in the future," they agree. 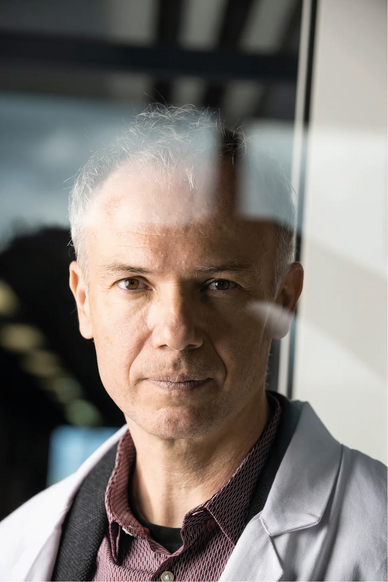 The discovery was made by Professor Nenad Ban, a researcher at the Institute of Molecular Biology and Biophysics at ETH Zurich. Julie de Tribolet

Among the many rumors and conspiracy theories that have made the rounds, there is also the one that claims that due to financial interests, the pharmaceutical industry has focused exclusively on vaccine development to fight the COVID-19 pandemic. Our scientists do not share this opinion at all - if only because one could probably earn far more money with a drug than with vaccines.

"We were already working on similar molecular processes at the end of the first lockdown, in May 2020, as we are today. But developing a vaccine turns out to be much less costly than developing a drug. A vaccine works or it doesn't work - and besides, the amount of active ingredient injected is so small that there are hardly any side effects or toxicity problems. A drug is fundamentally different. Its development goes through several phases. At the moment we are in the basic research phase. Our research results have shown that our method works, but that high doses of the active molecule would be needed in a possible therapeutic setting. Now we have to optimize this approach. This is the next step, which is no longer our area of expertise, but that of a start-up or of a pharmaceutical company."

This is also confirmed by Massimo Nobile, who holds PhD in biology and is the CEO of the Swiss Biotech Center (SBC), a Valais start-up based in Monthey. SBC is a center of excellence open to academic researchers and developers, and it functions as an "accelerator" for the development of innovative products. 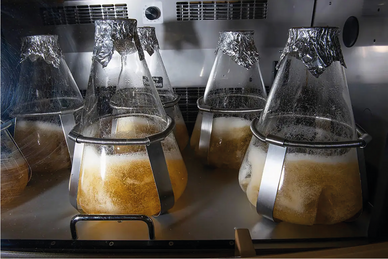 In the lab, bacterial cultures are used to produce proteins. For this study, the scientists used cell lines that originally come from monkeys. Julie de Tribolet

"The transfer between academic and industrial research is indeed the step that determines the scientific and economic viability of the project. It is realistic to count twelve to eighteen months to identify and validate an effective molecule. Once this phase is completed, the so-called "discovery" phase begins, in which the indicators for a successful project are evaluated. If these prove to be promising and the production of the active substance does not cost 10,000 Swiss francs per gram, the first (preclinical) studies can begin, in which primarily the toxicity of the compound is tested. This is done on two different animal species. Depending on the obstacles encountered and the success achieved, the duration of this phase can greatly vary - we are talking about something in the range of one to five years," says the SBV boss, who has recently been in the spotlight because of the development of a second-generation vaccine with the Berna Biotech Pharma Group. 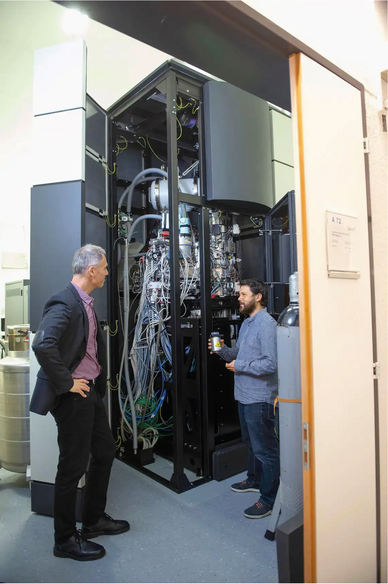 In front of the electron microscope: Professor Ban with his Fribourg assistant Alain Scaiola, who has a master's degree in natural sciences and biochemistry. Julie de Tribolet

If a molecule or a process is extremely promising, a pharmaceutical company may snatch up the files as soon as the basic research phase is over. "Once this leaves the lab, it's no longer my area of expertise, but as far as I know, that's not the case here," says Nenad Ban. The Basel-based pharmaceutical company Roche told us on request that no comments are given on individual contacts or projects. What remains is the possibility of public funding, for example from the innovation promotion agency Innosuisse or the Swiss National Science Foundation, which played a major role in the ETH study and supports research into the role of RNA in diseases - an area in which Switzerland is among the world leaders. 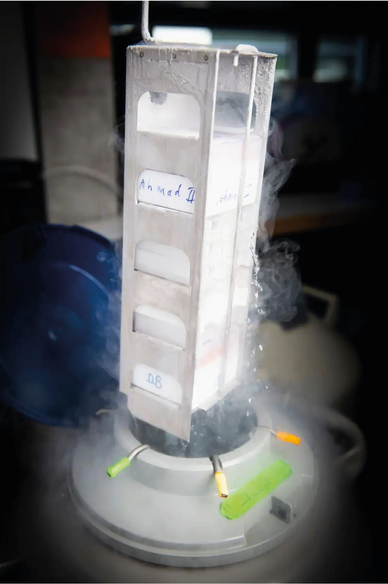 The cell samples are stored in liquid nitrogen at -196°C before being examined using cryo-electron microscopy. Julie de Tribolet

The Achilles heel of the Coronavirus

SARS-​CoV-2 is critically dependent on a special mechanism for the production of its proteins. A collaborative team led by a research group at ETH Zurich obtained molecular insights into this process and demonstrated that it can be inhibited by chemical compounds, thereby significantly reducing viral replication in infected cells. 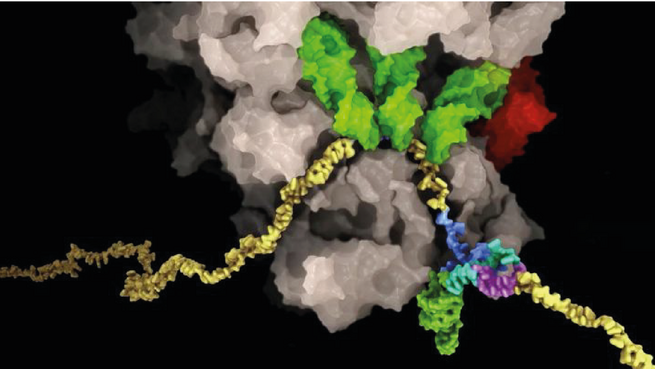 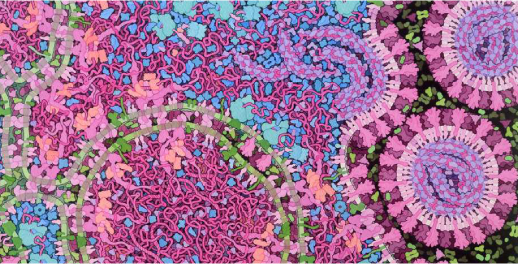